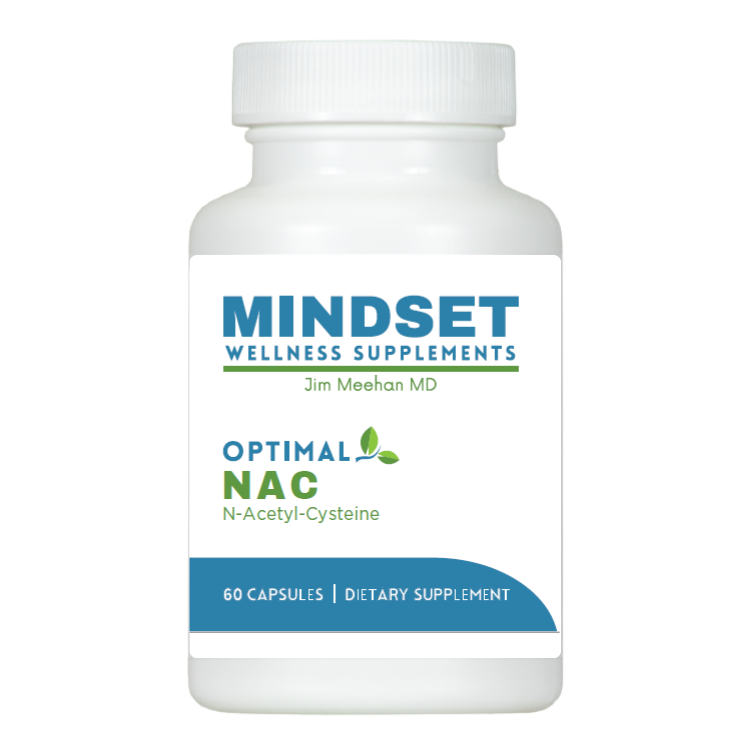 Optimal NAC is a product that contains pharmaceutical grade N-acetyl-cysteine (NAC) for supporting glutathione synthesis in the body, a key tripeptide that has important antioxidant roles in humans. NAC is an acetylated version of the amino acid L-cysteine, which is the limiting factor to glutathione production since it is rarely found in foods.

NAC supplementation increases glutathione concentrations in the body more than supplementing with glutathione alone since glutathione is rapidly broken down by the intestines. As alluded to earlier, glutathione serves as a crucial antioxidant throughout the body by neutralizing free radicals and reactive oxygen species. It has also been shown that glutathione plays a role in regulating the nitric oxide cycle, which is critical for proper blood flow and vascular function.

Since glutathione is one of the body’s major endogenous antioxidants and also involved in many metabolic reactions, low levels of this peptide are associated with high levels of oxidative stress and impairments in nearly every system in the body. Therefore, it is suggested that supplementation with NAC, which acts to maintain proper concentrations of glutathione in the body, can help support many factors of health and well-being.

*These statements have not been evaluated by the Food and Drug Administration. This product is not intended to diagnose, treat, cure, or prevent any disease.

Take one capsule daily or as directed by your healthcare practitioner.

If you are pregnant, nursing, or taking medication, consult your healthcare practitioner before use.

Keep out of reach of children.